Our current and past clients:

Do you understand what all the concerns are with using palm oil?

If not, then it is critical that you read this blog from Elevating Food Safety Pty Ltd. You need to be aware and understand why consumers do not support purchasing products containing palm oil and why you will lose sales if you continue to use uncertified palm oil.

If you are using palm oil, is it certified palm oil?

If not, then it is critical that you read this blog from Elevating Food Safety Pty Ltd.

Palm Oil is a type of edible vegetable oil that is derived from the palm fruit, grown on the African oil palm tree. Oil palms are originally from Western Africa, but can flourish wherever heat and rainfall are abundant. Today, palm oil is grown throughout Africa, Asia, North America and South America, with 85% of all palm oil globally produced and exported from Indonesia and Malaysia.

Palm oil is found in many food products including biscuits, chips, crackers and batters. It is also found in toothpaste, soap, shampoo and cosmetics.

The industry is linked to major issues such as deforestation, habitat degradation, climate change, animal cruelty and indigenous rights abuses in the countries where it is produced, as the land and forests must be cleared for the development of the oil palm plantations. According to the World Wildlife Fund, an area the equivalent size of 300 football fields of rainforest is cleared each hour to make way for palm oil production. This large-scale deforestation is pushing many species to extinction, and findings show that if nothing changes species like the orangutan could become extinct in the wild within the next 5-10 years, and Sumatran tigers less than 3 years.

There are over 300,000 different animals found throughout the jungles of Borneo and Sumatra, many of which are injured, killed and displaced during deforestation.

In addition, palm oil development increases accessibility of animals to poachers and wildlife smugglers who capture and sell wildlife as pets, use them for medicinal purposes or kill them for their body parts. The destruction of rainforests in Borneo and Sumatra is therefore not only a conservation emergency, but a major animal welfare crisis.

Wildlife such as orangutans have been found buried alive, killed from machete attacks, guns and other weaponry. Government data has shown that over 50,000 orangutans have already died as a result of deforestation due to palm oil in the last two decades. This either occurs during the deforestation process, or after the animal enters a village or existing palm oil plantation in search of food. Mother orangutans are also often killed by poachers and have their babies taken to be sold or kept as pets or used for entertainment in wildlife tourism parks in countries such as Thailand and Bali.

The establishment of oil palm plantations is often promoted as a way of bringing development to poor, rural regions of Borneo and Sumatra. In reality, the industry often has devastating impacts on the people in these areas. All too often, the government’s main interest in the country’s economy leads them to allow corporations to take the land owned by indigenous peoples for their own financial benefit.

The palm oil industry is also linked to major human rights violations, including child labour in remote areas of Indonesia and Malaysia. Children are made to carry large loads of heavy fruit, weed fields and spend hours every day bent over collecting fruit from the plantation floor. Heat exhaustion and cuts and bruises from climbing thorny oil palms are commonplace in this damaging workspace. More than often not, children receive little or no pay for their efforts.

With plantations systematically destroying the rainforest land that the local people depend on, communities are continuously finding themselves with no choice but to become plantation workers. Faced with poor and degrading working conditions, they often earn barely enough income to survive and support their families. Instead of being able to sustain themselves, indigenous communities become reliant on the success of the palm oil industry for their income and survival, leaving these villagers incredibly vulnerable to the world market price of palm oil which they have no control over.

Likely to be Palm Oil:

In summary the use of certified palm oil is strongly supported and certainly expected by consumers. Many social media sites are now available to find out as much as you like and there are also many video’s available to watch.

Please understand many consumers are feeling very passionate about helping to make a difference and do not want to purchase products containing palm oil.

If you have any questions or require further information about using palm oil please feel free to email Dijana Green admin@elevatingfoodsafety.com

We all need to be consciously aware of the absurdity going on.

Your’s in strong will, Dijana Green. 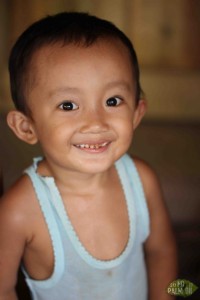 Call us today on 1300 714 452 to arrange a confidential, one on one honest and direct assessment with trusted industry professionals.